It is Book 1 of a planned Series 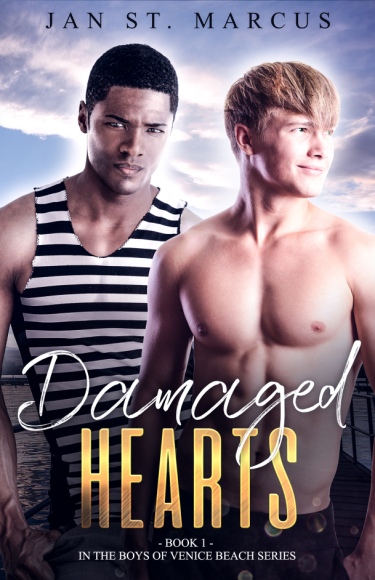 When 19-year-old military veteran Brandon Hawkins is attacked on Venice Beach by a gang of frat boys, he is saved by Michael Angelo Curtis, a passer-by. Michel Angelo was roaming the boardwalk grieving the death of his twin brother six months earlier. The two men’s unexpected encounter forges a strong bond between the damaged and lonely men.

Inviting the homeless Bran to his place for some food and a shower, 25-year-old Michel Angelo finds himself drawn to the younger man. Neither of the men is gay. But before long, their friendship morphs into something like love and takes them both by surprise.

And they have something else in common: The frat boys are out for revenge.

But a little ways down, the pizza joint is just closing down. They have those ridiculously big slices of pizza and most people who don’t weigh at least three hundred pounds can’t finish their slices. Fuck the hot dogs. Half of a giant slice of pizza will do me just fine. Besides, trying to remember to say “catsup” instead of “ketchup” would make my brain hurt. And if I’m being honest, I do see the frat boy douchebags laughing and being all loud and douchey, but I really want to see if they’ll leave some of their slices uneaten. So I hang back a little and pretend to be looking for something on the ground. After about a minute or so, they drop their slices on the counter and start walking away. Score! I walk towards where they left their pizzas with my head down, like I haven’t noticed what they left for me. They’re about twenty feet away when one of them turns back and clocks me checking out their pizza. The fat one grabs the other one’s arm and points to me. I look up and see them seeing me seeing their pizza. Did that make sense? Fuck it. So anyway, as soon as they notice me, I kind of figure that they are going to be douchebags about their pizza, but I hold out hope. The fat one doesn’t need any more pizza, that’s for sure, but my stomach is getting the better of me, so I speed up a little bit. They’re closer and they return to the counter, beating me there by three steps.

Then the fat one, who seems to be the leader of this fucked-up pack of douchebags, picks up what’s left of his slice and lifts it up in my direction, like he’s offering it to me. Really? Maybe they aren’t such douchebags after all. I lift my eyes and start to smile. I’m going to thank him. I’m actually going to say “Thank you.” I do manage to smile as I approach because I realize that I haven’t said two words to anyone all day. He looks me in the eye and when I start to reach out my hand, he hocks a big ol’ lugey and splats it right on the pizza. Then he holds it out like I still want it. Okay, I know it’s probably gross, but I do still want it. His aim was pretty good and the glob of spit and snot has landed pretty much in the middle of the slice. But I could tear the pizza around the gross part and still have a pretty good amount of food. So I reach for it and he must have seen my eyes studying the pizza because he hocks another one and it lands on one of the good sides. He starts laughing and then his friends start laughing and they’re staring at me and laughing like it’s the funniest thing in the world. Assholes.

I turn around, about to say, “Fuck my life” again when one of the other guys apologizes and offers me his piece. It’s not as big as the fat guy’s, but it still looks good to my hungry young ass. And I can’t believe I am so hungry that I start to walk back over and take it, but I do. You can probably guess that he does the same thing his leader does and hocks a lugey and spits on his piece, too. My stomach growls with as much anger as I am feeling and I turn around and start walking back towards the boardwalk. It’s going to be a long night.

Their laughing stops and I hear a deep voice talking to them. “Why would you do something like that? What kind of asshole do you have to be to fuck with someone who is obviously hungry?”

As I turn around, I see the fat guy step in front of the other guy, who is six inches taller, and the frat-boy leader guy speaks in this bullshit little sing-song voice: “What business is it of yours, asshole?”

The guy just stands there, hands by his sides, not seeming to be bothered by the fact that there are three of them. Then he laughs. He looks right at the fat-assed guy and laughs. 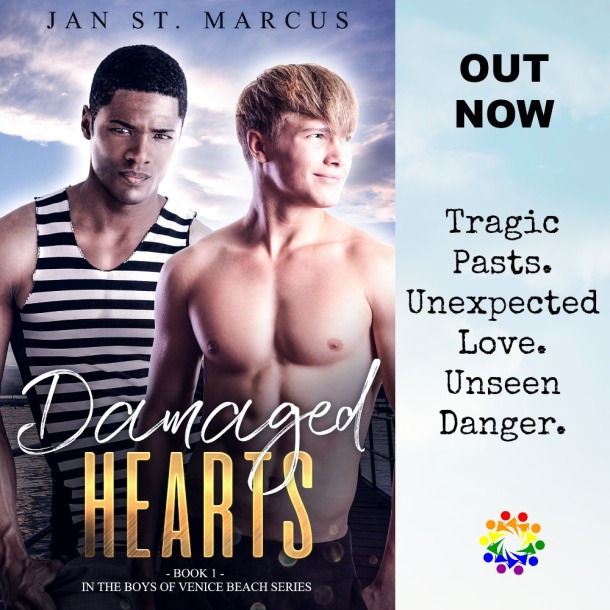 Jan has been a professional writer since he 15 and got a job writing for a local paper in the Washington, D.C. area. Since that time, he has travelled the world and enjoyed a myriad of experiences, meeting interesting people and sharing epic experiences. He is currently a full-time professional photographer and completed his first novel, DAMAGED HEARTS, the first book in a series partially inspired by his experiences living and working in Venice Beach, California. 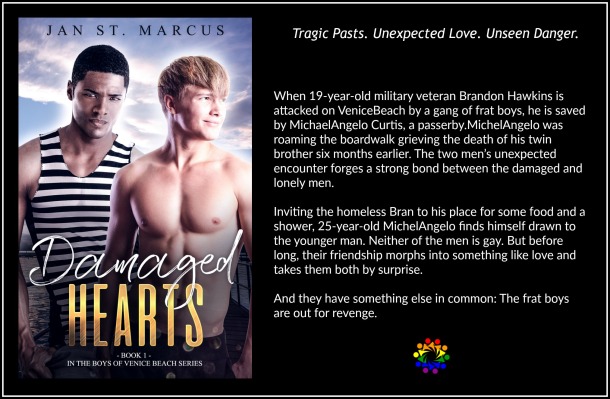