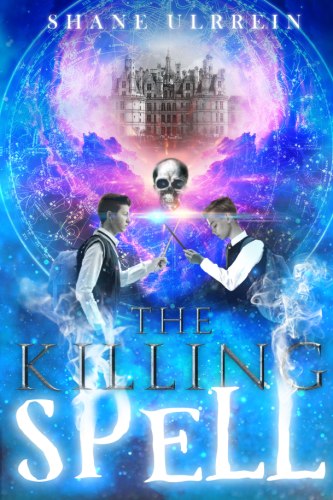 If you’re a huge fan of Harry Potter, if you loved Rainbow Rowell’s Carry On or Ginn Hale’s The Lord of the White Hell, then you MUST read The Killing Spell! An unforgettable tale that takes a magical boarding school and a young adult gay romance to the next level!

The Killing Spell is a new young adult fantasy novel that tells the story of Edward Peach, a fourteen-year-old wizard who gets accepted into a prestigious all-boys boarding school for wizards and falls in love with another boy. Edward and the other boy soon realize their attraction for each other, immediately causing controversy in the academy as the first students from feuding houses to come together, especially in a school where house rivalry can end in murder. Edward’s new relationship puts him to the ultimate test as he must risk being with the boy he loves even at the cost of his own life!

Deep Hearts YA | Amazon US | Amazon UK | Barnes and Noble

Accepted.
That’s what the letter said. At that moment, I felt a sudden chill go up my spine. I pretended to smile as Mum and Dad became so overjoyed that their little wizard was being sent thousands of miles away to study magic at an exclusive boarding school.
I swallowed hard. Please don’t make me go, I thought.
I took another look at my letter. “Highly prestigious,” “well-accredited,” and “very sought-after” were the different qualifiers used to describe their piss of an academy. There were portraits in a brochure, mostly in sepia-tone black and white, of their most famous students, yet I didn’t recognize any of them. The more I looked at all the rubbish they’d sent me in that big yellow envelope, the more I wanted to vomit.
Accepted.
Everything had been arranged: the meeting place in the Aradian port-city of Navona, our guide who was to see us at the harbor three days from now and take us to the school, and three free tickets for the next available ship from England to Aradia. The whole lot, including my school uniform, was all-expenses paid.
Seeking to break the jovial mood that’d taken over my parents at the breakfast table, I told them that I wasn’t going to that school.
“Not going?” Mum asked me wide-eyed. “Why? This is the opportunity of a lifetime! A prestigious school, fancy uniforms, and a better life for all of us! Are you going to sit there and tell us that you don’t want what’s best for your family?”
Yes, I was, I told her. I wasn’t going and that was the end of it.
My parents then began to lecture me, whilst I kept buttering my toast, about how they never had an opportunity like this when they were my age and how I’d be letting down several generations of our wizard-family if I didn’t go. Dad was especially determined because both he and Granddad got rejected from that school numerous times.
Despite my pleas, my constant whinging, and even throwing a teary-eyed wobbly like I used to do when I was a tiny tot, I was going to that ugly academy. Mum said my name, middle name and all, and insisted that I get packed.
“We’re leaving tomorrow,” she said. “End of discussion.”
And without another word, I stormed into my room, slamming the door after me, and buried my face into my pillow.
Accepted.
It wasn’t fair! Other kids would be pretty chuffed about going to such a distinguished wizard-school, but not me. This sort of thing should’ve gone to those who needed it or wanted it more. Instead, I was the one who got…accepted.
I wasn’t sure that I wanted to be part of the “next generation of great sorcerers,” nor follow in my father’s or grandfather’s footsteps like other wizards my age. I just wanted to be me. I didn’t want to leave my mates or live away from home. What’s more, I’d be going to a foreign country where I didn’t know anyone, much less the language they speak.
Things were much simpler and I was a lot happier before I got that stupid letter!
Accepted.
I didn’t want to study in some shite academy, the name of which I couldn’t even pronounce from the brochure and where mobile phones were prohibited. All I really want to do is enjoy life, hang out with my friends, and go to the beach to listen to its lush, serene music. Yet more than anything, I wanted to do nothing. That’s what I desired most. I simply wanted to do nothing, yet my parents, on numerous occasions, would never hear of it.
I began thinking about turning Mum and Dad into frogs or making them both disappear, but I really didn’t want to do any of that. Deep down, I don’t believe in using magic to hurt or endanger the lives of others. To me, magic was a beautiful yet mysterious thing that was all about me and always brought happiness to everyone. I loved magic, bloody lived for it, but hated the idea that someone could use it for evil when it could be used for good. Not to mention, the last time I’d made my parents disappear, they simply found their way back afterward.

Shane Ulrrein is a life-long storyteller and first-time LGBT author currently living in Orange County, California, USA, who one day dreams of leaving his home in sunny Southern California for the wet, dreary weather of England.

Mr. Ulrrein has a Bachelor of Arts degree in music composition in California State University, Fullerton and is a proud member of the LGBT community. In his spare time, Mr. Ulrrein likes to draw, read, and write music that he hopes someday will be heard in all the great concert halls in the world. 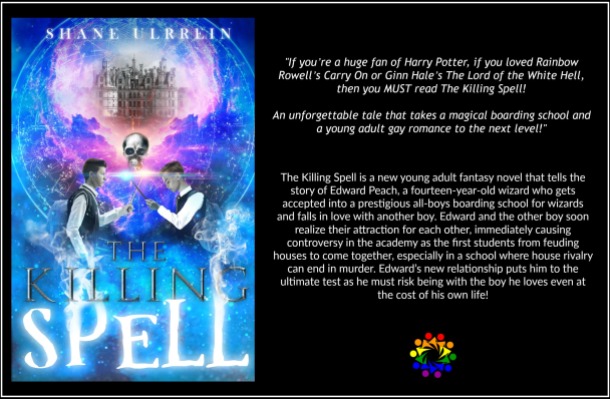