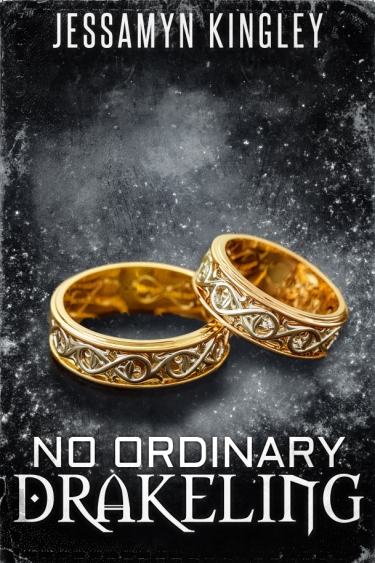 To have eternity together, they must face the impossible.

Emperor Chrysander Draconis rules not only the dragons but the entire Council of Sorcery and Shifters. From the moment Fate selected him, he has devoted himself to ensuring his people thrive and prosper. His life revolves around duty; nothing stands in the way of his dedication to his job. One of the most prominent issues on Chrysander’s plate is the lack of hybrid drakelings that have survived the road from man to beast. When he receives word that one such rare soul is living in an obscure tribe, he races to help. Ellery of the Fen-Lynthi elves is different from the rest of his people. He does not understand why his ears are shorter, why he stands taller than the others. Then his mother explains why the other children mock him and call him a mongrel: his father, a dragon, abandoned her the moment he learned of Ellery’s impending birth. With his mother’s often-fragile mental state, Ellery does not know if he can trust her words, but they are all he has. He spends his days ostracized, doing what he can to improve his lot. Chrysander is overjoyed to find his mate among the Fen-Lynthi, but when it is confirmed that Ellery is half dragon, he is terrified Ellery will be ripped apart by the beast inside him. Regardless, Chrysander proceeds with their matebond ceremony, though he delays the event, believing duty demands they bypass elven tradition. This troubles Ellery, and he wonders if moving forward is what Chrysander truly wants. Their schedules present them with little opportunity to spend time together, which gives him further cause for worry. If that isn’t enough, Ellery is apprehensive over his new role as emperor. Chrysander and Ellery must confront their fears and learn to face the world as a united and loving front. In doing so, not only will they be able to defy the impossible, but they will change the world.

She loves to engage with readers there. 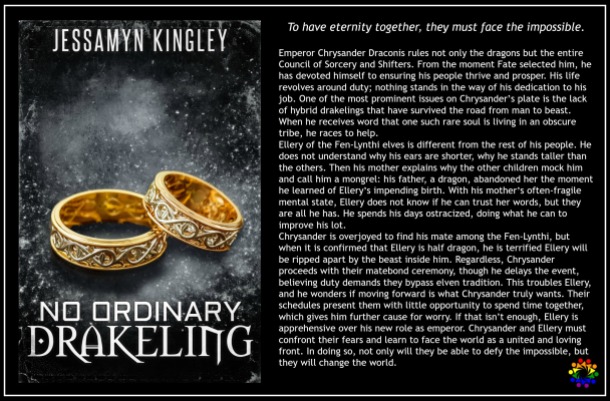