It is part of a series but it can certainly be read as a standalone. 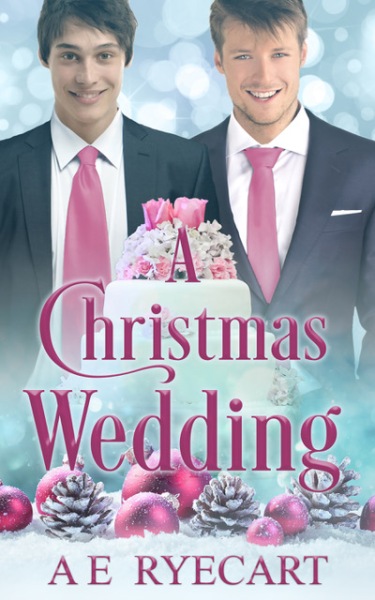 For Rory Kincaid marrying Jack, the youngest son of the aristocratic De Lacy family, on Christmas Eve, is a dream come true. Handing over the wedding planning to Jack’s mother, the strong-willed Lady Diana, is turning out to be more of a nightmare.

As their big day approaches, the pressure’s on and the strain is beginning to show. Announcements in society magazines, a guest list that’s growing and growing, and fittings for the best bespoke tailoring in London, it’s all a far cry from Rory’s humble upbringing. Piece by piece, Rory and Jack’s dream of a simple winter wedding is fading fast.

Rory is Jack’s everything. Sweet, kind, and totally adorable, Rory is all Jack has ever wanted. And what Jack wants most of all is to give the man he loves the wedding day of his dreams — and that means taking a stand against the indomitable Diana.

“Where are we going? The Tube station’s that way.” Rory nodded in the direction they were coming from.

“We’re not going home, or not just yet.”

“Oh? I thought we were going to decorate our living room, drink lots of advocaat, and then get naked on the rug.”

Jack threw back his head and laughed. “That sounds like a plan, but there’s something I want to do first.”

“You mean something is more important than naked advocaat?”

Jack just smiled in response. There wasn’t a lot that was more important than naked advocaat, but what they were about to do next just about topped it.

The tiny street would be so easy to miss in the messy and higgledy-piggledy maze that was the City of London.

Jack pushed the door open, and he and Rory stepped into another time.

The shop was crammed with tall and narrow display cabinets, all of them holding a treasure of watches. Behind the counter, in a corner and almost hidden, sat a small, round, bald-headed man. A pair of glasses perched on the end of his nose, and another was wedged on the top of his head as he worked on the mechanism of a pocket watch, using what looked like a set of toy tools.

“Mr. De Lacy.” The man put aside his work, stood up and extended his hand to Jack.

Jack moved aside to allow Rory to shake Mr. Hogarth’s hand. Jack smiled; in a moment everything would be revealed.

“Let me bring your order.” Mr. Hogarth disappeared into a back room.

Before Jack could answer, Mr. Hogarth returned bearing a small black box, which he handed over to Jack.

“Please.” Mr. Hogarth gestured to a small table and a couple of chairs on the other side of the shop, in the only space not taken up with display cabinets, before he returned to his place once more behind the counter and took up his work as though he were alone.

“I want you to have this,” Jack said, opening the box as soon as he and Rory were seated.

“What?” Rory gaped at the watch, displayed on a pad of black velvet. “But we agreed a strict ten-pound budget, just something silly this year. I haven’t—”

“No, it’s not a Christmas present.”

Jack took the watch out of the box. Like his own, it was plain and unadorned. The black Roman numerals were stark against the white face; the casing was gold, deep and burnished.

“When I was twenty-one, my father presented me with a watch from this shop. He did the same for George,” Jack said, referring to his elder brother. “My father also had a watch on his twenty-first birthday, as did my grandfather, great-grandfather, and great-great-grandfather. The De Lacy men have had watches in one form or another from Hogarth’s since the late eighteenth century. All those watches came from here, from this very shop.” Jack glanced toward the counter, but Mr. Hogarth had gone and was now nowhere to be seen.

“This isn’t a Christmas present, Ro. This is something every De Lacy man receives. And I wanted you to have one, too, because that’s what you’re on the point of becoming: a De Lacy man.” Jack’s lips lifted in a wry smile. “I didn’t know you when you turned twenty-one, although I wish I did. I’m just making up for lost time. On Christmas Eve, you’re going to take my name. I want you to be wearing this watch when you do.”

“Then don’t say anything. Just accept it, along with the words I had engraved.”

Jack held the watch out. All his focus was on his fiancé, reading for the first time the words engraved not only on the watch but on Jack’s heart.

Four simple words which said everything Jack held deep inside about the man he’d found huddled on his doorstep just two Christmases before.

I love all kinds of MM romance and gay fiction, but I especially like contemporary stories. Born and raised in London, the city is part of my DNA so I like to set many of my stories in and around present-day London, providing the perfect, metropolitan backdrop to the main action. I write at home, in the gym, in cafés —in fact I write any place I can find a good coffee!

one of three ebook copies of A Christmas Wedding 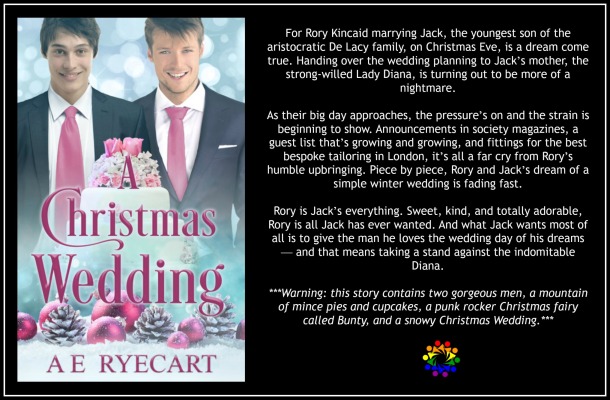