It is the first in a series but works alone and has an HFN ending.

Our perfect society is tainted.

I run because I don’t have a choice. I run for those who can’t, for those inside me.

The Three Faced God should have chosen my Fate, should have molded me according to the needs of my fellow Malthusians, but some assume they are above even God. I should have been at least a beta, hopefully an alpha, but never this. They thought changing my body would change my soul, that I’d be a compliant omega while they used and experimented on me. Others die, others submit, and say its their Fate. I know different. A malthusian caused this, one of my own kind. They think they’ve won, but I’ll win, simply by living another second, another day. But can I survive alone?

Sunlight streamed through the windows. People were doing chores, inside and outside. How could the betas go about their normal routine as if nothing had happened? Because it doesn’t matter to them, SHE didn’t matter to them. There was a replacement on the way. Life would go on for the Grabars as if Ma had never been here. Well, Tav would remember her.

A cheerful whistle came from below. One moment Tav stood in the bedroom, the next they were hurtling out the front door, launching themselves at the surprised beta, screaming, punching, ripping at clothes. The beta fell backward, letters flying up in the air. Tav landed on top of the stunned beta, who only tried to defend their face from the hysterical assault of a child.

“Tav? Tav, what the hell? It’s just the post-beta,” Sayen shouted as the older beta tried to pull the struggling, nightshirt-clad youngster off their victim.

“You will not embarrass her by behaving like a wild animal. You and your siblings are her legacies. Act like it.”

Without another word, he placed Tav back on his feet, growled, ‘Deal with it’ at his sibling who had arrived, breathing hard.

Telish strode back into the house, wearing only his formal kilt, not looking back at his devastated child. Tav stood there, the anger gone, watching Ma’s mate, the alpha who had put her aside, had killed her, walk away because he had more important things to do than take time to comfort or explain why Tav no longer had a Ma. Tav didn’t matter, any more than Ma had mattered.

Sayen shooed the rapidly growing crowd away as Daven led Tav by the arm to the stone steps of the porch. Daven sat Tav down and put their jacket around the child’s shivering shoulders. The house stretched out on either side of them, the autumn flowers in the window boxes Ma had planted moved to and fro in the cold wind.

In a week, the weather had turned; Tav’s world had turned. Soon, everything would die as winter took hold. Somehow, it felt right that the whole world would soon suffer like Tav suffered.

They sat side by side, untie and nibling, silently watching the normal goings on of the estate for a good ten minutes. The estate went on as normal. Tav didn’t understand.

Not even the post-beta looked at them as they came out of the house after Sayen treated the scratches. They grabbed their bicycle and pedaled back toward the main road.

“What did the post-beta do?” Daven asked.

Tav didn’t have a logical answer, so they shrugged. A long, heavy arm draped over Tav’s shoulders and squeezed. Tears prickled Tav’s eyes. Daven might not say it, but they did care, at least a little. Unlike Telish.

“Come on, Tav, there must have been something. I’d expect that sort of thing from Zep, but not you.”

Tav stiffened, insulted and a little afraid of the implications. “Why? Don’t you think I can be aggressive? I’m not an omega; I don’t blindly accept everything.”

Daven squeezed again. “Oh, I know that, pup. Although I’ve known omegas who packed quite a wallop before they manifested. I remember a certain scamp called Per who threw an apple at me after I stuck my tongue out at them.”

Tav turned wide eyes to Daven. “Ma did that?”

Daven chuckled. “She, or rather they at the time, most certainly did. The lump on the back of my head lasted a week. Now, what did the postie do to warrant a beating by Tav the Terrible? Because if I agree, I’m going to chase the offender down and punch them myself.”

“They were whistling.” It sounded ridiculous to Tav as soon as the words left their mouth.

Daven heaved themself off the porch, pulling up their sleeves. “Right, that’s it, bloody nose time.”

“I’ll have to take it out on you then,” Daven said and swung Tav up into their arms. After reducing Tav to a gasping wreck by tickling them to within an inch of their life, Daven turned Tav to face them. Tav’s brief happiness crashed.

Oh God, I laughed, I actually laughed, and Ma isn’t even cold yet.

Daven’s smile disappeared too. “She wouldn’t want you to be sad. It was her time, part of the Almighty’s plan. Your Pa’s right, the best thing we can do to honor her is to carry on and be the best we can, but don’t think any of us aren’t upset. We all are, and although I wear kilts, not dresses, I promise I’ll be here for you, ok?”

Tav blinked back stinging tears, and Daven put them down. “That’s the brave Tav I know. Go get dressed then start on your schoolwork; I’ll be in later. Try not to attack any more delivery betas, even if they are whistling. They didn’t know, ok?”

Drawing up every ounce of courage, Tav nodded and went back inside to make Ma proud.

Emma was destined to be a little quirky after being born as an unexpected twin in Hungry Bottom (Yes, it’s a real place).

Known as the Queen of Angst because she loves putting damaged, often sweet and funny characters through hell before letting them have a HFN or HEA ending.

When not writing or reading in leafy Sussex, England, she herds Birman cats and sons; both groups argue that there are too many of the other sort. 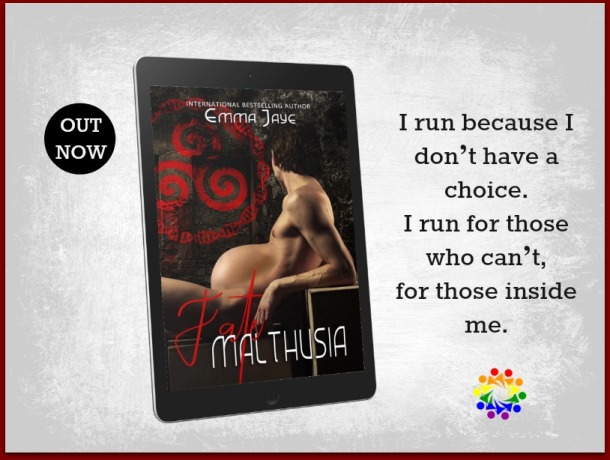 $0.99 BOOK BLAST and REVIEW TOUR: “You’re my Everything” by Lily Blunt