Amanda Meuwissen is a bisexual and happily married 35-year-old geek. Primarily an M/M romance author with a focus on urban fantasy, she has a Bachelor of Arts in a personally designed Creative Writing major from St. Olaf College and is an avid consumer of fiction through film, prose, and video games. Amanda lives in Minneapolis, MN, with her husband, John, and their cat, Helga.

Book Title: Coming Up for Air

Trope/s: not what he seems, thief with a heart of gold, friends to lovers, fated love

Leigh Hurley is making a name for himself among thieves and criminals, even if it isn’t the life he would’ve chosen. He shouldn’t have screwed over the Moretti brothers, though. It landed him in the river with weights on his feet. But somehow he’s escaped certain death. The last thing he remembers before waking on the riverbank is a beautiful face and a soft kiss.

Then, Tolomeo turns up naked at Leigh’s apartment.

Tolly comes from a race of killers—merfolk who drown humans for fun. But Tolly is different, and when he sees a human in trouble, he offers a kiss, granting the man the ability to breathe underwater… and himself the ability to walk on land, at least until the next full moon. The ancient laws state that if he is given a vow of love by the one he kissed, he will be able to keep his legs. If not, he will be put to death when he returns to the water.

But love is not something Leigh offers easily… and Tolly has a secret of his own.

What’s the value of love?

Shy data scientist Owen Quinn is brilliant at predictive models but clueless at romance. Fortunately, a new career allows him to start over hundreds of miles from the ex he would rather forget. But the opportunity might go to waste since this isn’t the kind of problem he knows how to solve. The truth is, he’s terrible at making the first move and wishes a connection didn’t have to revolve around sex.

Cal Mercer works for the Nick of Time Escort Service. He’s picky about his clients and has never accepted a regular who is looking for companionship over sex—but can the right client change his mind? And can real feelings develop while money is changing hands? Owen and Cal might get to the root of their true feelings… if their pasts don’t interfere.

Love is easy once you learn the steps. 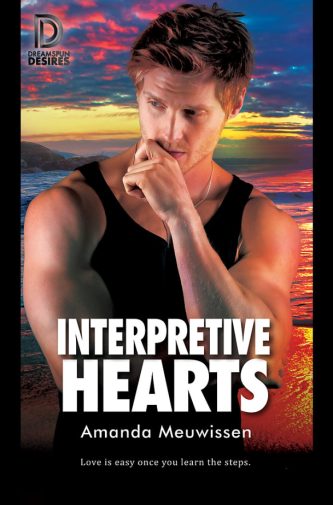 In the competitive world of dance, Teddy was a flawless performer and hardass choreographer who students feared and admired in equal measure. But hip surgery ended the glamour and drama, and now Teddy is recovering at his beach house, lost and listless.

Until he meets Finn, his neighbor, who is too perfect, gorgeous, and kind to exist—but very ill timed. In a seaside town as small as theirs, they can’t avoid each other, especially since Finn is also Teddy’s new physical therapist. But Teddy isn’t the man he used to be, and though Finn flirts shamelessly with him, Teddy can’t believe a has-been dancer is worthy of someone so young and full of life.

Finn’s sunny smile is also hiding heartache. Pursuing Teddy challenges both his professionalism and his self-preservation, but if he can convince Teddy to trust him, maybe they both can heal. 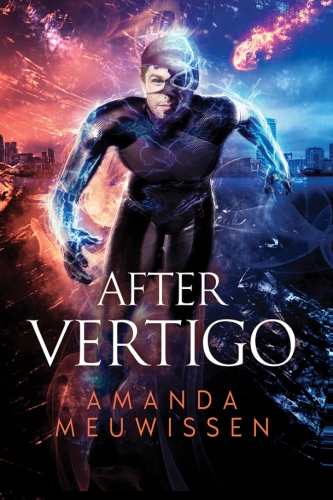 antihero, save the world, thief with a heart of gold

In a flash, the world changed. A solar flare—later dubbed Vertigo—activated the DNA of more than half the world’s people, granting them special abilities. Brilliant scientist Benjamin Krane might be Powerless, but his inventions are the only thing giving the police a fighting chance against super-powered evil. Ben doesn’t have much of a life beyond work, and when he gets wind of a robbery one evening, he decides to test his newest invention personally….

A thief, rogue, and shameless flirt, Grey Miller—aka the Streak—likes shiny things, but he doesn’t hurt people. When Ben catches him—and proposes they team up against the real bad guys—Grey doesn’t know whether it’s the offer or the man he can’t resist. But one thing’s for sure—they’re an ideal match in more ways than one.

With a psychotic supervillain’s catastrophic plan moving forward and everyone he cares about in danger, now might not be the best time for Ben to give in to Grey’s seduction, no matter how tempting. Grey is a man of secrets, and if Ben wants a future with him, he’ll have to learn to trust Grey—and himself.

Heroes aren’t meant to act like their villains—or fall in love with them.

The elements touch everyone on Earth—Fire, Water, even Light—but every so often someone becomes more attuned to their elemental leaning and develops true power. When an evil Elemental known as Thanatos arrived in Olympus City, it saw the rise of its first hero—Zeus. But the death toll caused by defeating Thanatos changed Zeus, who by day is young detective Danny Grant.

It’s been six months since Thanatos terrorized the city at the start of Lovesick Gods. Danny should be used to his duty behind the mask, but the recent past haunts him. His girlfriend left him, he snaps at the barest provocation, his life feels empty—he needs an outlet, any outlet to pull him out of his depression.

Enter notorious thief Malcolm Cho, the Ice Elemental Prometheus. There was a time when Danny welcomed a fight with Cho, filled with colorful banter and casual flirtations that were a relief compared to Thanatos. Even as a criminal, Cho had recognized the threat Thanatos posed and promised to help Danny stop him, but the day Danny needed Cho, he never showed. Cho was the reason so many people died that day—including Danny’s mother.

Danny decides to teach the man a lesson and fan the fire of their attraction into something more. At worst, he’ll get some no-strings-attached sex out of the deal and finally blow off steam; at best, he’ll get Cho to fall in love with him and then break his heart to spite him.

Danny doesn’t expect to fall for Cho in the process, and he certainly can’t predict the much darker threat on the horizon.

Enter the Rafflecopter Giveaway to win

one of three ebooks from the author’s backlist. 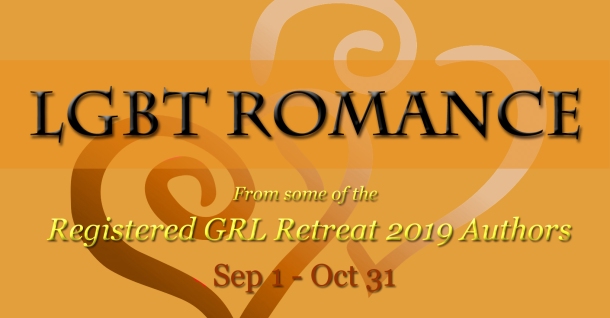 If you love gay romance, you’ve come to the right place!

What kind of stories? All the good stuff! Contemporary, Historical, Paranormal, Sizzling, Sweet, Comedy, Kink, Shifter, MPREG, Suspense, Action/Adventure and more—it’s all in the “LGBT Romance—From Some of the Registered GRL Retreat 2019 Authors” Prolific Works giveaway FREE during September and October. Over 50 scrumptious short stories, novellas, books, and previews/excerpts, from some of the bestselling authors in the genre.

These stories are written by some of the Featured and Registered authors attending the Gay Romantic Lit. (GRL) Retreat, the must-attend event for people who create and celebrate LGBTQ romance.

The giveaway runs from September 1 to October 31. And it’s all FREE!

CHECK OUT THE GIVEAWAY HERE

“Prolific Works has a big romance audience, so this is a great giveaway for readers who won’t be at the GRL Retreat to find new favorites and new authors,” says MM romance author Morgan Brice, who coordinated the Prolific Works giveaway. “We also wanted people who are coming to GRL to have the chance to enjoy stories by favorite authors and maybe discover new authors prior to the retreat, so they could have fun meeting the authors and talking about the books at the event.”

While all of the authors with stories in the giveaway will be attending the GRL Retreat 2019 as Featured or Registered Authors, there are additional authors who were unable to participate. For a full list of GRL 2019 authors, please check www.gayromlit.com The author list above was compiled on 8/27. Unforeseen events may cause changes. See the Prolific Works giveaway for the final list of giveaway authors.

Fellow Gay Male Romance Author, Geoffrey Knight, of Queensland, Australia, is currently providing FREE Review copies of his beautiful short story, “Be My Valentine Bobby Bryson,” in an exchange for an Honest Review to be posted on Amazon.com and Goodreads. Copies of his book will be provided in the form of a PDF.

If you wish, his book is available at no cost for Kindle Unlimited subscribers. You can click the book cover below to locate the Amazon Listing.

Valentine’s Day has long been a difficult day for widow and single mom Kate Madsen. But this Valentine’s Day is going to be more than just difficult… it’s going to be downright awkward. For Kate’s only child, seven-year-old Mikey, just stunned the small town of Elk’s Ridge by writing a Valentine’s Day card to someone named Bobby Bryson.While the card sends teachers into a tizz and turns Mikey’s grandfather into a grumpy old man, Kate discovers over the course of one afternoon that she and her young son are about to begin a journey of questions, confrontations and hopefully one day… happiness.In the meantime, will Mikey and his Mom make it through this Valentine’s Day? Will the innocent intentions of one young boy change the narrow minds of a stubborn, small town? And just who exactly is the object of Mikey’s affections—Bobby Bryson?