💜Sucking Feijoas 💜The Smile of the Dispossessed 💜Pansies’ Revenge

💜Sucking Feijoas 💜The Smile of the Dispossessed 💜Pansies’ Revenge 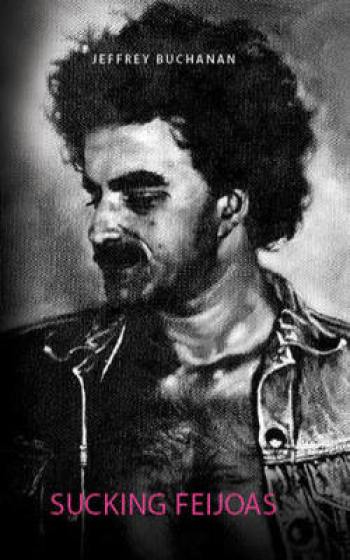 George thinks he’s a real man…until he is seduced by an American serviceman on duty in New Zealand during WW2.

Neddy, the son of Lebanese migrants, marries a peasant girl in an attempt to overcome his attraction to men.

Set in New Zealand, Lebanon and Mexico between 1942 and 1986, SUCKING FEIJOAS follows the lives of gay men and how, with ingenuity, courage and love, they managed their lives – despite the odds. Now in its third edition, this deeply engaging story about sexuality, class, race and the culture wars that surrounded them, is as relevant as ever. SUCKING FEIJOAS is riveting storytelling, gay history, empowering.

George was ecstatic that the party was going to be held in what he now referred to as his apartment. ‘Flat’ was definitely out as a term of reference to his abode now that he had such wonderful and sophisticated friends as Garth Griffin and Neddy Berdawni. He looked around his living room, a haven of peace and loveliness, which would soon be the scene of the wild party he’d planned in honour of the passing of the Homosexual Law Reform Bill.

Food was displayed on the Formica table in his kitchen. It looked glorious, the madeira cake and the stuffed mushrooms. But best of all was that fabulous Arabic concoction with the name he had the same difficulty in pronouncing as the frantic refrains from the opera.

‘All’erta!’ he sang as he sniffed Neddy’s hummus. ‘Amazing,’ he said, ‘it feels so good to be able to sing opera without thinking it might get me arrested. Us poor, poor queens, for so many centuries denied our pleasures!’

On the wall in front of him was a picture of Mount Taranaki, which he stared at as he reached into a cupboard for the bottle of sherry. The huge, handsome flanks of that monstrous mountain. So many decades of admiring it. So many tortures endured in its presence, each like the ice axes that climbers stuck in the flanks of that wily old mountain.

‘And there you still are.’ He saluted the mountain. ‘And me too,’ he said as he downed a mouthful of the deliciously sickly sherry. ‘Still alert, still surviving.’

He bent over the table and stuck his finger in the delicious dip he’d come to adore since Neddy had first made it for him. ‘Hmmmm, hmmiss, homos, oh something or other,’ he said in a pickled hiss. He licked his finger with the creamy substance smeared over it and closed his eyes in satisfaction.

Book Title: The Smile of the Dispossessed

“The Smile of the Dispossessed” is a love story and a political thriller set in Iraq, Jordan, Lebanon, Malaysia and Indonesia. The novel tells the story of Fadhi and Adam who flee Baghad in the final days of the Saddam Hussien regime when they are ‘outed’ as being gay and accused of being enemies of the state. Despite having been lovers for many years, under the pressures of being refugees, they separate and go their own ways, both men hoping to find freedom in a country that will accept them for who they are. “The Smile of the Dispossessed” demonstrates the enduring requirement to maintain faith in humanity and the power of love.

The music had changed again from disco to house and that beat was what Adam wanted, the newness of it, the complete modernity, the throb of what was the latest from Ibiza and Paris.

“You will not defeat me,” he said. He took the last swig from his bottle and went by himself to the dance floor. In his tight white tee shirt and blue jeans and white sneakers with his hair cut short and three days of beard, he knew he was the centre of attraction as he moved his body to the steady beat.

“I’m the handsome Arab,” he thought. “I’m the male they all want.” In the soap opera the music would now be reaching a crescendo as the main character found himself powerful and showed the world that when you are strong you get what you want and not what you de-serve. For a while in Baghdad there had been a fabulous Brazilian soap played on national television but the dancing and the partying had been too much for the authorities and it was eventually banned. Adam felt as if he had reached Sao Paulo now and that he was in it at last, that thing he wanted so much, that space he deserved. It was the vacuum left by the Brazilians, it was the magazine where the Paris models looked glamorous and led a life of luxury and fun. And at that moment on the dance floor he knew what his life was: he was a handsome and slightly crazy Palestinian and people desired him for that. Dancing there he saw his persona and was satisfied. The soaps were life and life was the soaps. He was in the midst of this felicitous conundrum when the blond squeezed amongst the dancers and started moving rhythmically next to him.

The blond had powder blue eyes, the colour of tropical oceans. His smile was as easy as his movements on the dance floor. They didn’t speak. There was no need to as they danced through two sets of the music. It was just like the soaps had ordered. A new sequel had begun and the audience was being led into it willingly and with abandon. The first thing the blond said to Adam sounded as if it had been scripted in a studio, the writers working in participation for the exact line of introduction: “I thought about you all day and all night.”

Literary novel about the LGBTQI community set in Wellington, New Zealand in 1918 during the Spanish Flu. 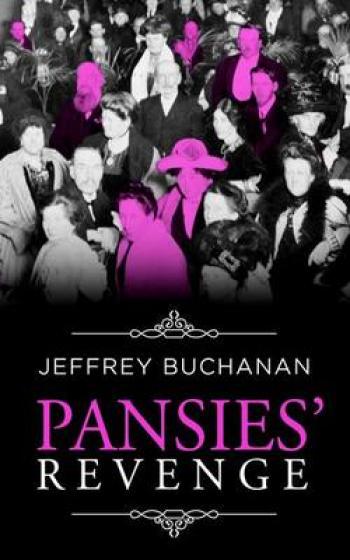 A vibrant, entertaining, often darkly Gothic story is filled with passion, love, pathos, farce and humour. Pansies’ Revenge lays bare the political, social and cultural fabric of New Zealand society at a pivotal time in the nation’s history. Set in 1918 the novel explores what it was like to resist political oppression and at the same time, face a global pandemic.

It is late 1918 and in Wellington, New Zealand, four years of world war and the ravages of the Spanish flu are taking their toll on the inhabitants.

All are not for King and Country. The members of the Te Aro book club: queer, feminist, bohemian, disgruntled, are accused of sedition for reading Crime and Punishment and drawing from it the roots of the problems facing the world. The more intently they read, the more the crazed characters of the book appear to manifest themselves in Wellington.

Intrigues deepen: Cecil and Sybil Meatyard, who work the crowds to a frenzy of patriotism in the streets of Wellington for the New Zealand Women’s Anti-German League, disappear. Their diatribes about war shirkers, spies and Pansies have upset a lot of people. The sinister Crawford Denton, detective and sensualist, follows the case. A 1918 MeToo Movement begins as the influenza pandemic takes hold.

Alexander Powderham, fortyish, handsome, bohemian, limped his way up Cuba Street. His left leg, having been crippled from infantile paralysis, was supported by a steel brace. He was dependent also on canes, of which he had an impressive collection, and on this occasion, he was using one intricately carved by Aroha Raharuhi, his longtime lover.

The air was unseasonably warm for mid-September Wellington, which heightened the smell rising from the mounds of horse ordure left from the morning’s military parade. Outside the Duchess Tea Rooms, Alexander paused and rested on his good leg while he adjusted his recently tailored jacket, smoothing down the Irish linen with his hands, delighting in its texture and colour of golden flax. Then he adjusted his silk tie, cream coloured with charcoal flecks, loosening the knot a little at the undone top button to ensure that rakish look, which was one of casual elegance. The white, Egyptian cotton shirt had also been crafted especially for him by the clothiers Munster & Munster who, through four years of war, had survived patriotic vandalism by hanging a large sign across their shop windows, WE ARE NOT HUNS: WE SUPPORT KING AND COUNTRY. Alexander’s chocolate brown, wide-brimmed hat with a duck’s feather poking from the green woven band was also avant-garde, of a high-quality felt and based on a design he had seen in a fashion weekly from London.

Jeffrey Buchanan was born in Wellington, New Zealand, to a Lebanese – New Zealand family. For thirty years, including a decade with the United Nations, he worked in multiple countries in education, the promotion of human rights, gender equality and the empowerment of women. He was based for several years in the Middle East. For his Doctorate, he researched the structural, cultural and ideological components of Islamic education. Now he follows the warm weather with his husband Stuart, reads and writes fiction, and daydreams. 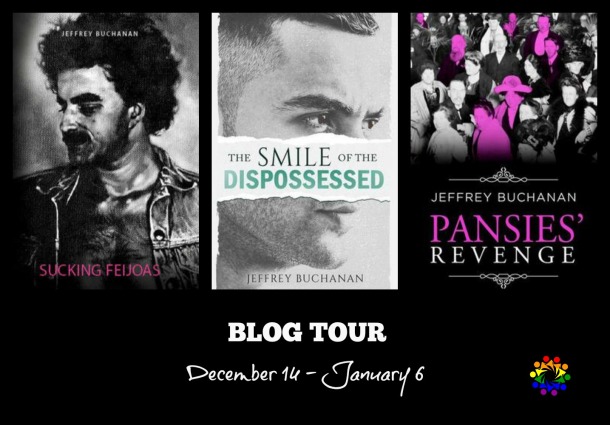