Book Title: Toy Soldiers (Book 2, When We Were Young series)

Themes: Coming of age, coming out

It is NOT a standalone book. Book 1 needs to be read first.

Once a thief, always a thief, and if he can’t win the heart of the boy he loves, he’ll steal it.

Billy Redsky’s made one of his biggest dreams come true, but there’s a problem. Even though the boy he loves is mere footsteps across the hall from his bedroom, they might as well live a country apart because claiming René Oshawee’s heart is more difficult than Billy anticipates.

Much to Billy’s disgust, René can’t accept his true self, so he’s incapable of loving someone else. And all he cares about is living a life the chief and his wife foresee for their youngest son.

If Billy is to finally have what he truly desires, he must stop René from running away from who he really is and face the man in the mirror, or what they share will never blossom into true love

Stuart lived past the recreation center. Billy huffed down the road. Sure, he’d be interrupting dinnertime, but big deal. He couldn’t stay in Castle Oshawee any longer.

The boiling heat of anger beneath his clothing stopped him from freezing under the clear, cold sky. Darkness was fast approaching. The sun on the horizon was bursting with colors of mauve, scarlet, and pumpkin.

The big door at the recreation center opened. Billy’s old buddies, Lonn and Dylan, strolled outside to probably have a cigarette. When they strutted away from the doors and beelined for the road, Billy stiffened. They knew he could beat their asses—especially since he outweighed them by a good fifteen pounds now.

“Not much.” Billy stopped. He wasn’t going to keep walking like a coward afraid of the neighborhood bullies. “Heard you both got kicked out.” Because neither rode the school bus anymore.

“No biggie.” Lon shrugged. “Y’know we were bailing when we turned the big one-six.”

A direction Billy had been heading before dumb ol’ René had turned him into one of The General’s toy soldiers in Oshawee Army.

Splashes of rebellion bubbled under Billy’s skin. He might’ve blown off telling Mr. and Mrs. O where he was going tonight, but he’d been heading for Stuart’s, and later going home right on the button of his curfew time, like a good little grunt.

He folded his arms. “What’re you doing?”

“What else? Heading for the old house.” Lonn dropped another sly smile.

When Billy had used to party there, they’d burned stuff in the woodstove to keep warm during the winter.

“You coming, or are you still hanging with the geek twins?” Lonn elbowed a chuckling Dylan.

“Sure, why not?” Nobody at Castle Oshawee had given a flying fuck Billy had left the house. As for René, screw him. All he cared about was following the rules and obeying the orders coming from everyone seated in the living room.

An Ojibway from Northwestern Ontario, Maggie resides in the country with her husband and their fur babies, two beautiful Alaskan Malamutes. When she’s not writing, she can be found pulling weeds in the flower beds, mowing the huge lawn, walking the Mals deep in the bush, teeing up a ball at the golf course, fishing in the boat for walleye, or sitting on the deck at her sister’s house, making more wonderful memories with the people she loves most. 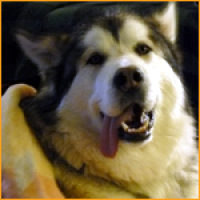 RELEASE BLITZ: “Paid to be Shared” by Romilly King