Book Title: Charmed by You 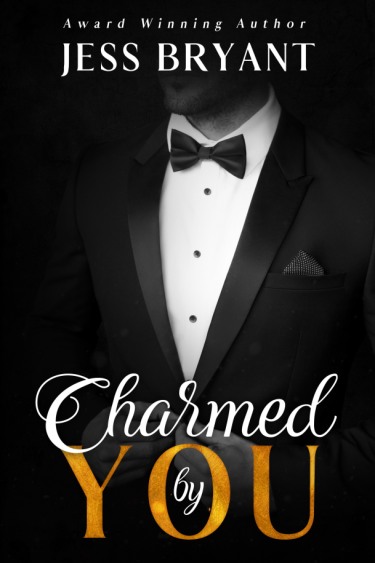 Henry Lord is about to be named the Mayor of Knights Port.

The Lord family are born politicians and as the sole heir to the throne, Henry has spent his entire life preparing for this, and more. If he plays his cards right, his assent to the White House will break barriers. But changing the old guard isn’t easy and he has to watch his every action, his every word and his back at all times.

One misstep and his entire plan crumbles.

He’s young and so rough around the edges he cuts. He’s from the wrong side of the tracks and he doesn’t abide by rules. He’s absolutely the worst person Henry could choose to get involved with and yet… from the moment they meet he can’t imagine his picture perfect life without the foul-mouthed brat.

Elliot licked his bottom lip, playing with the stud in his tongue for a moment, watching the way the other man’s pale blue eyes followed the movement. His own cock reacted to the tease he’d intended for it to be. He half expected the perfect male specimen to jerk himself out of whatever insanity he was clearing going through and walk away, but he didn’t and Elliot found himself stepping closer to him.

“Well, well, if it isn’t the man of the hour.” He drawled playfully with a wag of his eyebrows.

Henry watched his every move and didn’t back away, “I could say the same for you.”

He stopped just in front of the other man. Henry was slightly taller than him, which was saying something considering Elliot easily hit six feet. In this position, he had to look up at him and Elliot liked that, oh he liked that a lot. Liked that he could sense the tension radiating off the man who appeared outwardly calm but who buzzed as if a storm was raging inside of him. Liked the clean scent of soap and musk that came off of him, not bourbon or the starchy cologne he’d been hit with all night. Just man, raw, hot, hard, man.

“I’ve been trying to catch you all night but you seem to always slip right through my fingers.” Henry’s intense eyes traced over his face.

Elliot already knew that. He’d noticed the most important man in the room instantly, and he’d seen Henry notice him too. It was one of the reasons he’d escaped to the patio. All of the scorching looks Henry had been shooting at him had set his insides on fire. Had made him want and he’d learned a long time ago not to want things, especially when they were things he could never have. Yet Henry had followed him out here and he couldn’t help but tease him a little, just to try and find his footing with the man.

“Well, you caught me.” He looked up from beneath his lashes, “The question is, what’re you going to do with me now?”

“Not let you slip away again, that’s for sure.”

Elliot smirked, “Is that so? You planning to tie me up and throw me in your basement?”

“I was thinking I’d just tie you to my bed.” Henry surprised him with those words and from the twinkle in his eyes he knew it.

Elliot sucked in a quick gulp of breath but it didn’t help. Even the air he breathed smelled like Henry Lord and it was overwhelming. Everything about this man overwhelmed him. God, had he ever wanted someone like this? Had he ever had anyone look at him like that? Like he was the only thing they could see? He swallowed hard, trying to figure out what was happening.

Henry surprised him again when he reached out and brushed Elliot’s long hair back, cupping his jaw and stroking a thumb across his bottom lip, “What? No quick response? Cat got your tongue?”

He found his voice and met those intense blue eyes, “No, but you might, if you’re lucky.”

“God, you’ve got a mouth on you, don’t you?” Henry smirked, his eyes on his finger that kept stroking over Elliot’s bottom lip, a touch so intimate, so possessive, that he couldn’t explain why it felt like the most natural thing in the world.

“You don’t have a clue what my mouth can do.”

It wasn’t a request. It was an order. Elliot felt it in every nerve ending of his body but before he could decide whether he was ready to push that far or not with this stranger that was so far out of his league it was ridiculous, Henry made the decision for them.

His mouth crashed down on Elliot’s and they both groaned. Fire. Heat. It had sparked the moment their eyes met and now that they were touching it burned even brighter. Smooth, soft lips stroked over his own once, twice and on the third pass the sweet swipe of a tongue had him opening with a moan. The kiss turned from exploring to passionate, uncontrollable need in a split second.

Jess Bryant is an avid indoorswoman. A city girl trapped in a country girl’s life, her heart resides in Dallas but her soul and roots are in small town Oklahoma. She enjoys manicures, the color pink, and her completely impractical for country life stilettos. She believes that hair color is a legitimate form of therapy, as is reading and writing romance. She started writing as a little girl but her life changed forever when she stole a book from her aunt’s Harlequin collection and she’s been creating love stories with happily ever afters ever since.

Jess holds a degree in Public Relations from the University of Oklahoma and is a lifetime supporter of her school and athletic teams. And why not? They have a ton of National Championships! She may be a girlie girl but she knows her sports stats and isn’t afraid to tell you that your school isn’t as cool as hers… or that your sports romance got it all wrong.

For more information on Jess and upcoming releases, contact her at JessBryantBooks@gmail.com or follow her on her many social media accounts for news and shenanigans. 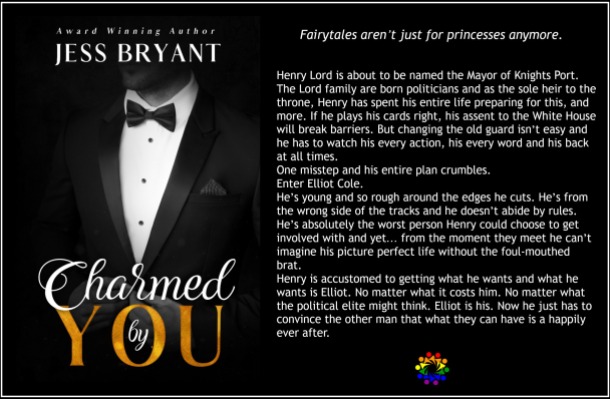