It is a standalone story and is the first book in a series. 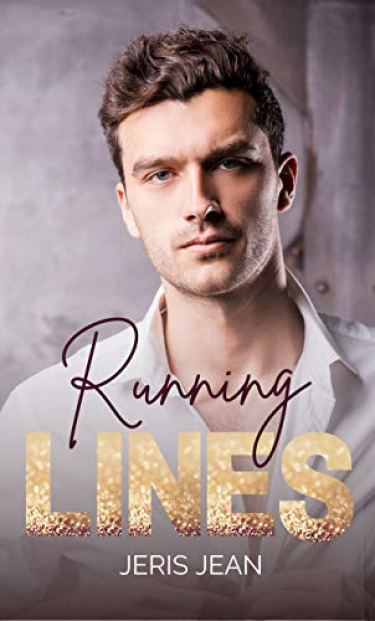 Finn may look like a Romeo + Juliet-era Leo, but he’s out to prove he’s got what it takes to break the teen heartthrob mold. Grayson is a serious actor, with “serious” as the operative word, so he’s not thrilled to find himself hopelessly attracted to his young new co-star.

Starring on a teen soap may have made Finn Everett Hollywood’s latest “it” boy, complete with the 10 million Instagram followers to show for it, but does he have the chops to cut it as the newest cast member on television’s biggest drama, Frost Manor? Finn’s determined to prove himself as more than just as sex symbol and win the respect of his co-star, Grayson Winter.

Grayson is gorgeous, talented, and the celeb Finn has been secretly crushing on for years. Grayson is dedicated to his job. He has big aspirations to be Hollywood’s best leading man, and he’s willing to make personal sacrifices to get there. When his new scene partner is the charismatic and intensely distracting Finn Everett, Grayson is shaken loose from his single-minded ambition.

When Finn and Grayson start running lines, their off-the-charts chemistry has them wondering if big things are in store for more than just their careers.

Not a single interviewer had failed to mention Finn Everett, and it was getting really damn old. He didn’t want to talk about Finn Everett. He didn’t even want to think about Finn Everett. That just led to Grayson thinking about sexy blue eyes and lean muscles and no. No. Nothing good would come of that line of thought. It was going to be hard enough to work with him everyday on the show and maintain his standards of professionalism.

As Grayson clung to his last shred of patience for this interview, he answered the question the same way he had all night. “I trust our showrunners and casting director. But I haven’t personally met Finn Everett yet, so I don’t have an opinion of my own.” The words sounded colder, more robotic than he’d intended.

As if on cue, his agent Kayla’s familiar voice broke into the conversation, interrupting the interview. “We can fix that, Grayson! You can meet right now.” She was tugging someone by the hand and then shoving him into the interview right next to Grayson. The interviewer was clapping her hands in thrilled excitement, her smile widening to an even more frightening degree. Before he knew what was happening, he was shaking hands with Finn Everett, looking right into those dark blue eyes. There were only two words Grayson’s brain could manage at that moment: Holy. Fuck. Finn Everett was gorgeous.

Gaining his composure was difficult, but Grayson was a professional actor, so he knew how to pull himself together before anyone noticed how dumbstruck he was at the sight of Finn Everett. He hoped. The interviewer was now asking Finn how it felt to meet Grayson. Finn was staring at Grayson with the oddest expression – it was almost like…admiration? Grayson felt himself hold his breath, waiting to hear Finn’s answer.

Finn turned back to the interviewer, and he said smoothly, “It is an absolute pleasure. I can’t wait to work with him. I’m sure there’s a lot he can teach me.” Finn smiled shyly, his eyes dipping to the carpet and then back up to glance cautiously at Grayson through his lashes. Grayson met his eyes briefly, and he felt a tingle in his belly. His lips automatically quirked up at the corners without his permission. What was happening? Why was he acting like a total fool all of a sudden? It had to be that this red carpet media circus had finally wore him down completely. He was exhausted and too warm. That would make anyone’s head spin. That was totally it.

Thankfully, Kayla came to his rescue, grabbing both him and Finn by the hands and dragging them away from the interviewer, barking something about needing to get inside to take their seats. Grayson’s head was dizzy as he finally stepped into the cool air conditioning of the theatre.

“Look at this, my two favorite clients making friends,” Kayla said, smiling at Grayson and then Finn. “I had a hunch you’d hit it off,” she added as she let go of Grayson’s hand and dragged Finn further into the building.

Grayson was left in the entryway of the theatre, finally alone for the moment. He leaned against the marble wall behind him. He closed his eyes and took a deep breath to steady himself.

He was in trouble.

Jeris Jean is a life-long Minnesotan with an obsessive love of books. She has a master’s degree in English Literature but didn’t write her first novel until she was in her mid-thirties. Something just “clicked,” and all fell into its rightful place.

She lives with her husband, two sons and their cat, Fluffy Cat Love, in a lovely little suburb of Minneapolis.

RELEASE BLITZ: “Kiss Me at Midnight” by Gwen Martin