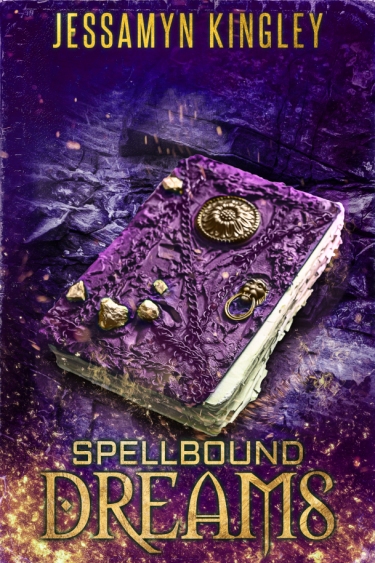 Lured into a magical sleep, they must untangle the surrounding chaos to embrace a future together.

Grand Warlock Familiar Renny D’Vaire has a life he adores and is hoping for a mate who will not bring strife into his world. Renny, along with the rest of the D’Vaires, believes that his other half will be a dragon shifter, thanks to his magical beast form. Happy couples surround Renny, and he wants nothing more than to experience that joy for himself. However, Fate is full of surprises.

Protector Roriethiel of the Fae wakes up in an unfamiliar desert, uncertain how he arrived. His ample magic sapped, the rock he finds himself on is nothing like home. For weeks he stumbles along, searching for answers, and is unerringly led to the Council of Sorcery and Shifters. Rorie’s single purpose is to return to his castle, but instead he discovers his other half.

Renny is unsure how to handle the impetuous Rorie or the fairy’s desire to return to his realm. Torn between two worlds, Renny and Rorie find little common ground until they are lured into a magical dream. Chaos surrounds them as they unravel the mystery of what happened to Rorie, and although their attraction is intense and their feelings for each other grow swiftly, to succeed in love they must learn to trust that Fate has not led them astray.

Renny’s mind was whirling as he led Rorie into his bedroom. Thanks to Dra’Kaedan, another bed had already been dropped into the space while Rorie was introduced to the D’Vaires. The Fae had enthusiastically been impressed by the different races in their household, and although his manner had been stiff at the Fallen Knights’ Headquarters, it was becoming clear that it wasn’t Rorie’s usual behavior. Instead, he appeared to be a happy fairy who Renny would venture to guess was often excited.

“What are these marvels?” Rorie asked in a reverent voice.

Renny grinned as Rorie’s fingers traced the navy wand Dra’Kaedan had given him years ago when he first started his collection. A glowing golden orb was at the top and, if touched, revealed a blue dragon inside. “It’s my magic wand collection.”

“You require a stick to cast?”

“Nope, but often in books and movies, they depict sorcerers using them. I’ve always thought they were cool, and once I told everyone I wanted to start a collection, my family made it their mission to add unique ones constantly.”

“They are most lovely. So are your quarters,” Rorie said. Ripping his attention from the wands affixed to the walls, he gasped at the sight of Renny’s bed. Racing over, he ran his hand across the quilt Larissa D’Vairedraconis had painstakingly created for him. It was a medley of blues and the other colors of their household. “This is exquisite craftsmanship. You must have paid dearly for this artisan.”

“Larissa is insanely talented. You met her and her mate a few minutes ago.”

“What great luck you have to have such masters in your family.”

“I’m sure she’ll put something together that’s just as nice for your bed,” Renny offered. Rorie’s mattress was covered with a plain white comforter and looked drab in the space Renny had decorated with Larissa’s help. The sofa they’d piled with pillows that reflected the quilt had been pushed to the side, but nothing was cramped. “I’m going to get changed, okay?”

“Yes, fine.” Rorie’s tone suggested his mind was far away, as he’d returned to admiring the wands around the suite.

Renny grabbed clothes from his dresser and closed himself in the bathroom after removing his crown and cloak. Happy to be removing his uncomfortable attire, he wondered how to wrap his mind around Rorie. His mate seemed to think all he had to do was figure out how to get home, and it would delight Renny to return with him.

Renny didn’t want to be a jerk, but leaving D’Vaire? The thought was unbearable. How could he ask Dra’Kaedan to give up their family? It was impossible for Renny to say good-bye, and he did not want to try. Renny tied his sneakers swiftly and closed his eyes to quiet his mind. It was too early to bog down their acquaintance with so many problems. The last thing he’d ever wanted was a contentious relationship.

While he loved everything about Dra’Kaedan, it was not his dream to have a matebond fueled by the fiery arguments that his warlock enjoyed having with Brogan. Renny liked peace, and his goal was to have it. To do that, he had to remain agreeable and focus on one issue at a time. As he strode back into the bedroom, he promised himself he’d be no man’s doormat either. Rorie would not be in charge; they needed to find compromises to persevere. 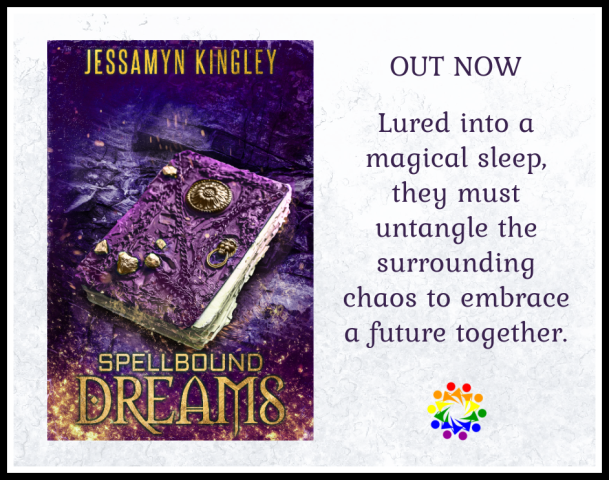